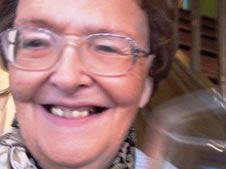 Jean has a long career in Nursing and Midwifery Management and Research and has published widely on postnatal care, quality and workforce planning issues for both nursing and midwifery...

After a wide ranging career in midwifery, Jean entered the world of research via a Masters degree and went on to become involved in nursing workforce planning research in 1984. After leaving the NHS she became a Senior Fellow at Nuffield Institute for Health – University of Leeds.

The work which led to Birthrate Plus began in 1986, and together with Marie Washbrook has seen it extended and implemented throughout the UK and in Australia.

In 2002 she became an Honorary Vice-President of the Royal College of Midwives.

In 2003 Jean acted as an advisor to the ‘Making Pregnancy Safer’ Team at the World Health Organisation In Geneva.

In 2003 Jean worked as an advisor to the WHO Making Pregnancy Safer Team in Geneva.

She currently acts as Research Advisor to the team.